Static routes are used to route traffic to various interfaces which were not learned via the routing protocols such as OSPF. For example, route specific subnet via the WAN, LAN or Tunnel. Follow the steps detailed below to add static routes to flexiEdge.

In order to define a static route for a given flexiEdge device, navigate to the device settings and click on the “Static Routes” tab. From there, click on “Add Route” button.

The following static route options can be configured: 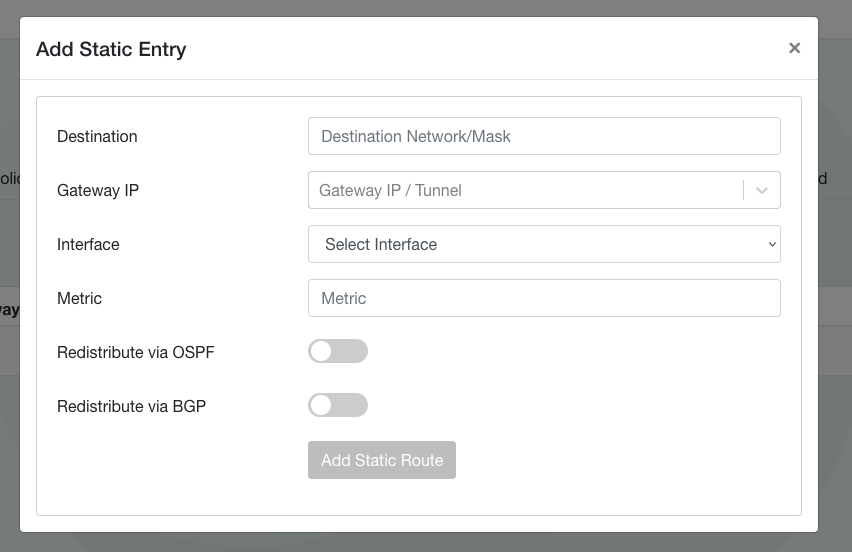 After creating a static route, make sure to click “Update device”, which will send a new job to the device.

OSPF can be configured by clicking on the OSPF Configuration from the Routing tab. 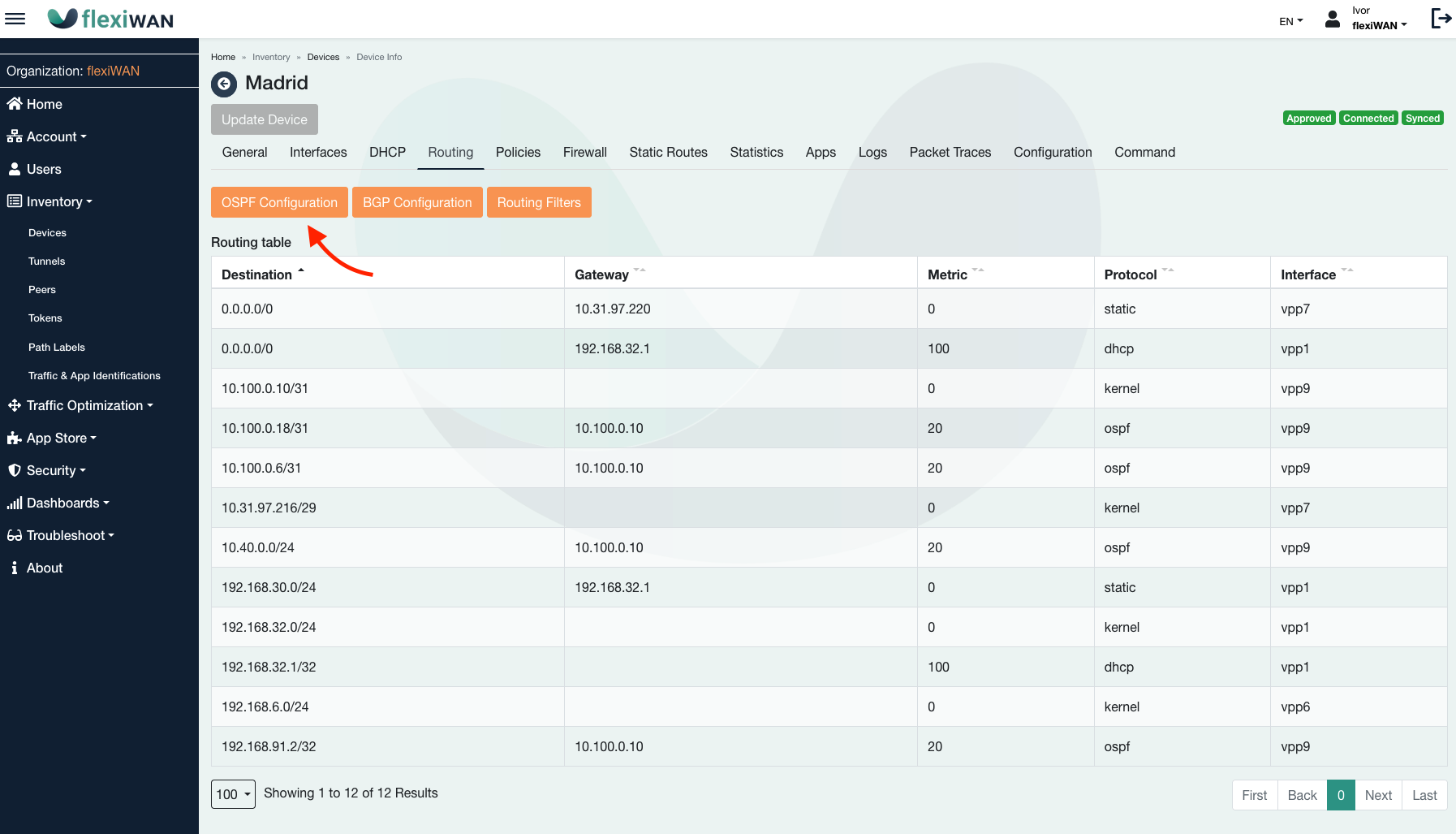 Users can configure the router-id and area for LAN network along with authentication. Users can adjust OSPF parameters based on their network requirements as shown in the next figure.

Authentication and area ID can be viewed or configured for each interface by clicking on settings from the ‘Actions’ column. 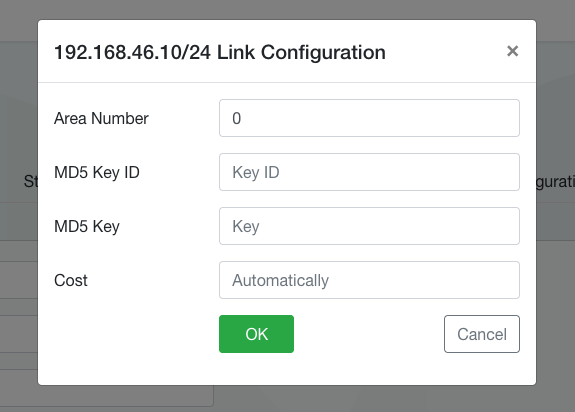 The following topology shows the typical OSPF configuration with different areas configured for LAN. Pleae note, tunnel interface is part of the Backbone (area 0) without configuration options. Static routes can be redistributed via the OSPF as explained in the earlier sections.